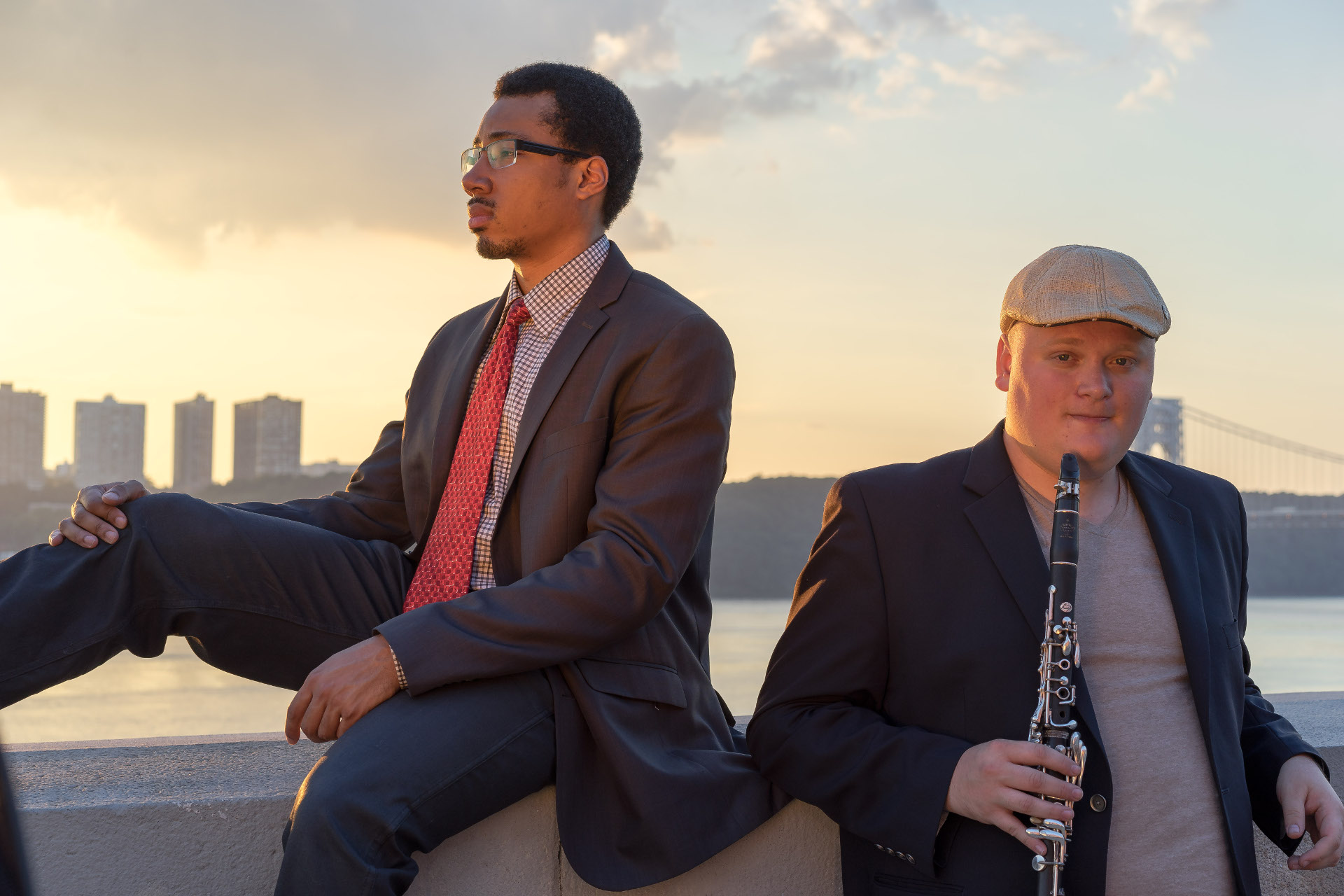 Port Mande (formerly Duo Process), is the collaborative partnership between clarinetist Mark Dover of Imani Winds and pianist/producer Jeremy Jordan. The name Port Mande is a play on the linguistic term “portmanteau” – a word blending the sounds and combining the meanings of two others, like the word smog (itself a blend of “smoke” and “fog”). Much like a portmanteau, Dover and Jordan’s artistic partnership is a blend of all of their vast musical influences –  having worked prolifically in classical, jazz, hip hop, gospel, pop, electronic and world music scenes. Port Mande’s mission is to bring all cultures of people together by embracing music of every genre.

Both Dover and Jordan on their own have individually amassed a wide array of musical collaborations, having performed and/or recorded with many of today’s most prominent artists, including Yo Yo Ma, Anthony McGill, Gil Kalish, Imani Winds, Vulfpeck, Edward Simon, Brian Blade, Scott Colley, David Binney, Cyrille Aimee, Charles Yang, The Temptations,  and many others. Recent performances include a performance of Port Mande’s original music at National Sawdust as part of Chris Gryme’s Open G Series, as well at National Sawdust live on air at WFMT, Chicago and WKCR, NYC, premiering Jonathan Ragonese’s Non-Poem 4 as part of the Live at National Sawdust Series and Relevant Tones. The duo has also performed at Emerald City Music in Seattle, Lyrica Music in New Jersey, and the other NYC venues such as DROM, Spectrum, and Rockwood Music Hall. Port Mande’s self produced and released debut EP, “Is This Loss?” was released in July of 2020.